Public space as an international gateway

The magazine Arquine has focused their annual competition on the border region for the third time: This year the area that called for ideas was the Chaparral bridge over the Tijuana River (more accurately a canal) adjacent to the San Ysidro crossing.  The crossing of streets Vía de la Juventud Oriente y la calle Jose Ma. Larroque will be the first and last “face of the city of Tijuana” that the 9 million people crossing annually will see when the renovation and expansion of the San Ysidro crossing is completed. 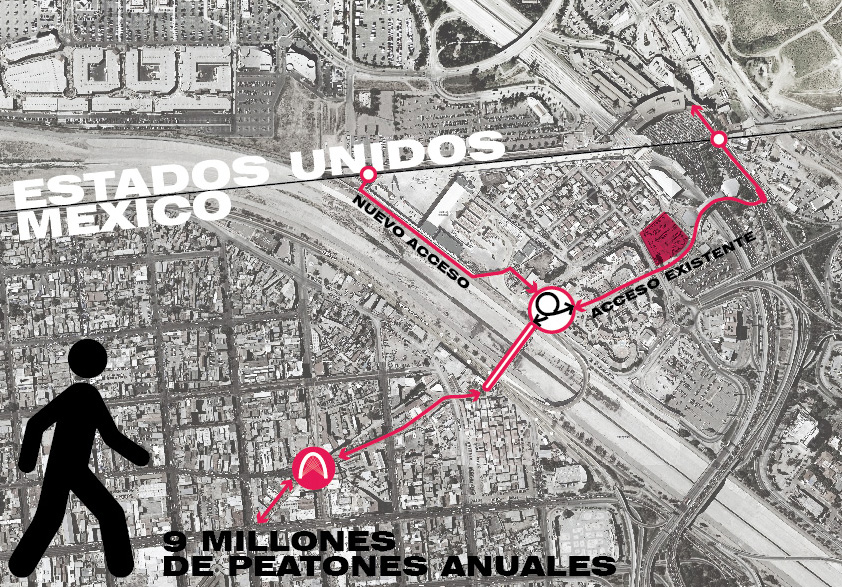 Last week of March the winners of the competition were announced – a large piece of urban architecture/infrastructure that spans over the Tijuana River was the winner proposal – the hybrid building/plaza combines the competition program of a Center for Migrants. The plaza-bridge (~170 x 160m, ~2.7 hectares, more or less the dimensions of the Zocalo, main plaza in downtown Mexico City) connects the current market to the East with downtown Tijuana to the West. The jury was integrated by Rodolfo Argote (Tijuana), Ethel Baraona (Barcelona), Raúl Cardenas (Tijuana), Carmen Cuenca (Ciudad de México) and Francisco Pardo (Ciudad de México).

See more about the results of the competition and other winners. 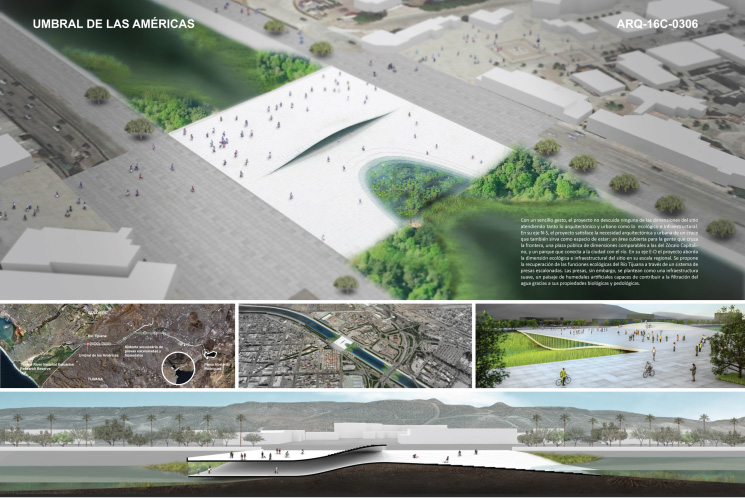