Featured in the Landscape Architecture Magazine, July 2011, the The Nafta Landscape by Carolyn Deuschle is a an overview to the after effects of the Nafta treaty in the urban context of Northern Mexico. With the City of Chihuahua as a main case study this is a reflection of the planning and design work by LABor studio addressing both urban expansion and environmental integration.

The combination of cheap land (converted from agricultural to urban in less than a decade) and poor design guidelines/urban development regulations it has been catastrophic for quality of new neighborhoods being developed in the outskirts of the city. This is not an exclusive challenge for the City of Chihuahua, but for all those medium-sized Mexican cities struggling with sprawl, and not an easy one to address. The collaboration between LABor studio and the Municipal Institute of Planning for the city of Chihuahua in a study about urban border areas was a small yet a key step addressing this issue. Plenty of follow up work is still needed to see this kind of ideas and efforts being implemented. 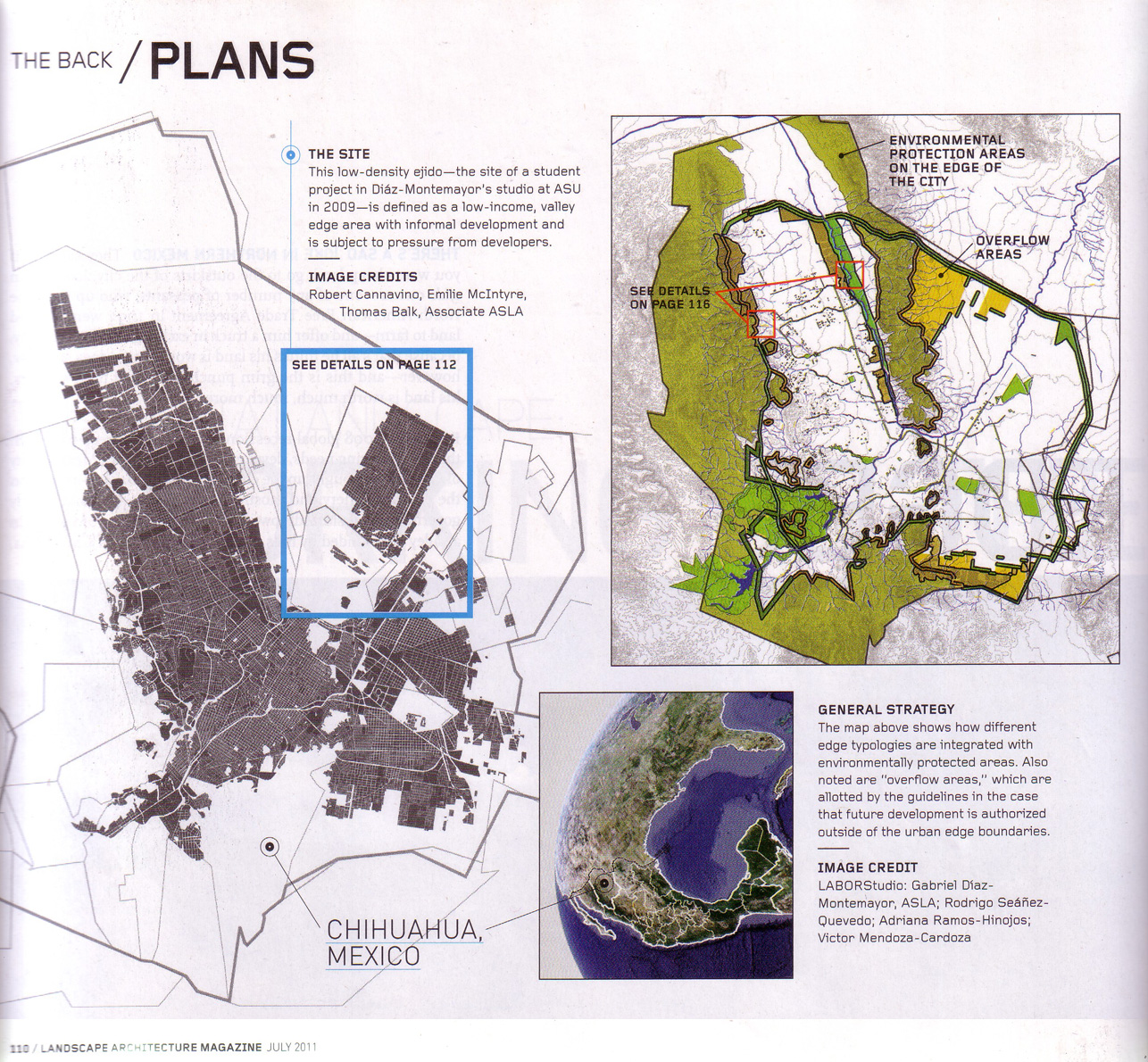