A New Kind of Silicon Border

I had the opportunity to travel for the first time to Tijuana-San Diego last January. I could not have imagined how vibrant the San Ysidro crossing was. Even though the pedestrian navigation through the “Line” (how is referred by most of its users) is under renovation and expansion, the journey across this line has been one of the most remarkable and intense experiences in my +20 years of crossing the US-Mexico border. I am used to El Paso-Juarez where we call all the crossing points “bridges” – regardless if they bridge over the Rio Grande-Bravo or not; but none of these “bridges” are even close to the human scale that defines the environment at the San Ysidro crossing. The trolley from San Ysidro to Downtown San Diego is a great infrastructure asset on the U.S. side that contributes to the pedestrian quality of the “Line”,besides the shops and restaurants that are flanking your entry to the US. San Ysidro environment conveys movement and flow, a dynamic porosity.

I made a stop at Woodbury University School of Design of San Diego and talk to Rene Peralta, Director of the Masters Program on Landscape Urbanism. Rene is co-author of Here is Tijuana (Así es Tijuana), and his career has combined both academic work and professional practice in Tijuana and San Diego for the last 20 years. Rene is teaching the spring term a design studio that focuses in manufacturing phenomena in Tijuana. 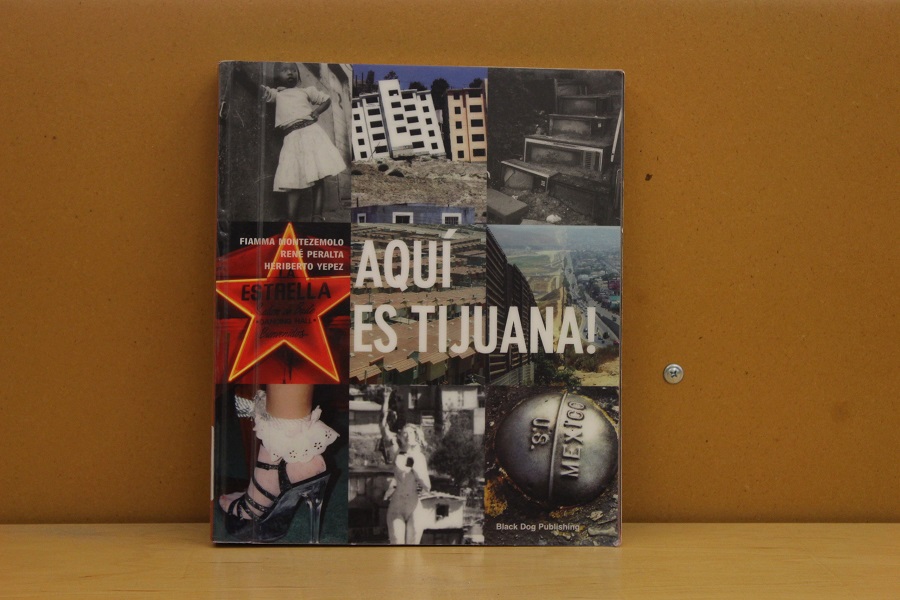 BLW: What is the focus of your research and work in the border region?

RP: I’ve been working in the border region for almost 20 years. Some of the aspects that I have focused on are basically the differences between the cities of Tijuana en San Diego – their urbanistic differences, but also seeing at some of the possibilities that may exist in binational urban planning conditions. Some of the work that we have done is mostly research reports or books like Here is Tijuana which was done in collaboration with an anthropologist and a writer from the City. Most of these are in a sense looking at the city, its impact, its history, not necessarily its chronological history, but mostly to the history of the late twentieth century and the beginning of the twentieth-first century.

Currently, in relationship to my academic work we are looking at the history of manufacturing and the role it has played within areas of Tijuana and San Diego, and how it has impacted the urban conditions, mostly of the City of Tijuana.

BLW: After these many years of research, what could you define as challenges in this border region?

RP: There are plenty of challenges, but what is interesting about this area is that Tijuana tends to be a laboratory for many other similar urban conditions that are present in other parts of Latin America. Firstly, for instance we have conditions of informality which are very important to deal with and to understand, and those are issues that have emerged given our location next to the one of the main economies in the world which is California. In that case, there is very little unemployment in the city, so there are very interesting juxtapositions between many aspects: labor, housing, economics, and even physical aspects such as density. One of the priorities as a challenge is the issue of infrastructure and ecological problems based on these different types of development across the border. We might have different types of development in San Diego and in Tijuana, but of course they share the same geography. I guess the challenges is how we (San Diego-Tijuana) as a region cope with it in a binational way. I think this is the main challenge of this region.

BLW: What is the potential of landscape urbanism in rethinking the future of border cities?

RP: This is a very interesting and also very complex questions because the discipline of landscape urbanism is fairly new, and I think there is not yet an established definition of the practice. I think is still very open. What it does allow is for architects to think of the city with a more holistic approach where we look at landscape not from the aesthetic condition, but more as an infrastructure, something that operates in the urban realm. I am very interested in these infrastructures, these landscape conditions in the city and how they interact with each other and with other urban developments. I think in a border area where your have different types of geography and ecologies, including the natural and human ones, all these conditions need to be understood. I also think the discipline of landscape urbanism allows the practitioner not only to think as an architect but sometimes to think as a landscape architect, as a geologist, as a geographers or seek some of the advice of these. But in a way you understand that the city is much more complex. That is the approach that brings a new eye to the city or to the border cities, not only from the social aspects or the formal developing aspects of the cities, but bringing to question and to work many of the geographic features, landscape and ecologies that are also important for the future of these border landscapes and cities.

BLW: How does your academic and professional work today informs decision making processes, influences projects or contributes to reimagine the future of border cities?

RP: It is very important for us, at least in the academic realm, that we are always in contact with some kind of “real agent” being a non-profit organization, government office, etcetera, someone that can tell us what are the urgencies that we need to tackle, and we have done so in a very interesting way. A quick example, last year we worked on a mapping program to look at CO2 emissions of Barrio Logan here in San Diego trying to come up with a map that will show where the CO2 emissions were higher, and share that information with non-profit organizations that can apply for funding targeted to address environmental and health issues that will eventually help to redesign those communities and bring more green spaces. That represents and impact from the bottom-up, from the community side. And in Mexico, at least in Tijuana and Los Cabos where we our work is based, we have collaborated with planning agencies. The interesting thing about working with planning agencies is that they only do that – planning: basically, the laborious work of coming with some kind of planning document, but there is not any design scheme. In a sense, we have taken some design schemes and try to fit them into what they suppose to be and see if they actually work. We actually have done that with the Laurel Canyon in Tijuana which is canyon that drains in the US; we worked on that with a non-profit and with the City of Tijuana. We also did a little work in Los Cabos working in canyons making sure that the overall watershed systems could work freely from any pollutants, addressing how to deal with people squatting in these canyons, and coming up with ideas in design charrettes that we would do with these municipal agencies. We are like the middle ground between the community and the civic institutions and we use design as a tool to mediate between those two.

RP: Even though we are all in a region where the two countries come together, two cities come together forming one geographical region, there are two dependent countries; and it all depends on the problematics and on the way the politics and economics of these two countries start to evolve. What is interesting about looking at the past – if you want to jump into the future – is that the differences between both sides of the border is what makes these areas vibrant. So, if I try to think of the differences now and what would be the differences in the future, I think the disparities as they get higher they will get much more evident – there will be better progress for each side. There is a saying that goes “if bad things happen to Mexico, good things happen to Tijuana”. What that means is that because we are so close to the U.S. whatever national conflicts, economic conflicts exist between two countries, these two regions are together, actually do take away positive things from those differences. So, what do I think that is going to happen in the future? I think there is going to be more manufacturing for the city, the border city of Tijuana or border cities are going to become huge manufacturing hubs, and eventually the U.S. is going to realize that is cheaper to manufacture things in their own continent than sending things to China. I think we are going to have better trained labor at the border, therefore having not only having manufacturing abilities, but R&D. I hope that in the near future (San Diego-Tijuana) will be a very important hub of technology, a new kind of Silicon border if you may, so I think that could be the possible future. 2100? I don’t know, it could be that maybe Tijuana becomes its own country.